The debate of whether the criminals should be denied some of their freedom for instance by locking them in cells for their committed sins, or be taken to rehabilitation institutions to re-educate them has hit all sectors, private and public. Every country has its regulation acts that outline the extent of punishment depending with the atrocities caused by the accused (Bartol et al.,2005). The informed debate is detailed below. 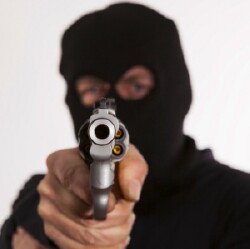 There has been an increase of reoffenders depending as evidenced by the statistics. This proves that giving the criminals a lengthy jail punishment not only makes them come out hardened but also makes them deepen their atrocities in revenge. To avoid this, the criminals can be made community friendly by involving them in community service programs such as taking them to schools and let them advise students how committing crimes is wrong. This will improve their psychology and abandon their criminal perpetrations and focus on communal integration. Long jail periods, converts the criminals into introverts, which lessens the probability of lively interactions with people after the end of jail term. This pushes them back to crimes (Farabee, 2005).

Education the criminals and giving them a chance to explain themselves avails a reconciliation ground for the accused and the code of ethics. For instance, one may have been caught shoplifting due to personal problems. If this person is given a chance to serve in community development programs and educated, they will get an opportunity to find their daily bread. This allows them to stay in harmony with the community after being educated and reintroduced as a new person. Jailing them and releasing them without helping them, this will not hinder them going back to committing the crimes. This also helps them to create revenues through the tasks hence boosting the economy (Hoffman, 2001).

To sum up, it is advisable to re-educate the criminals and involve them in community development programs.