According to various scholars, the role of men in the society has changed massively in the past years.  Initially, men were required to provide for their households by going to work, while their female counterparts stayed at home as house keepers. However, with the recent campaigns on gender equality, the male role has encountered some changes, as men can now undertake some of the chores that were perceived to belong to the female gender 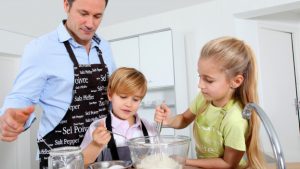 Men have in the last two decades changed their perceptions on household chores, as recent studies reveal that nowadays more men spend time taking care of their children and also preparing meals, chores that were initially left to the female gender (Levant, Hall, and Rankin, 2013). Furthermore, with the increasing rates in women participation in the corporate world, it has necessitated for a change in the male role.

According to Johannesen–Schmidt and Eagly (2002), in the modern economy, it is relatively difficult to maintain a household using a single income source, and thus a need for both men and women to share responsibilities. It is essential to encourage young boys to learn and share responsibilities with their female counterparts, as it is crucial to break the initial stereotypes that defined roles based on gender basis.

The change in male role has gained popularity in the last 20 years, with men undertaking chores that were initially perceived to belong to the women. Some of the contributing factors include the emergence of feminist movements that calls for gender equality as well as the difficult economic times that require men and women to share responsibilities.