Retirement age varies from one country to another. In some countries, workers are obligated to retire at the age of 50 while workers in other countries retire at the age of 65 or 70. Considering employment policies on retirement, I believe that retirement age must be relative and depend on the skills, competencies, and capabilities of workers. I believe this would be a better practice than strictly implementing retirement age policies because the health conditions and capabilities of workers, despite being the same age, may vary. Some 50 year olds, for instance, are sickly and would need to retire early while other workers in their sixties are still capable of fulfilling their roles and responsibilities in the organization (Boudiny, 2012). 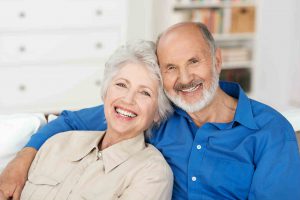 Another reason why retirement age must depend on the health, skills, and capacity of the worker is because of the value of experienced workers in the organization. Senior workers who have been in service for many years are highly experienced, and therefore, efficient in fulfilling different tasks in the workplace. Senior workers also play a role in mentoring young and new employees so they may learn skills and competencies that workers may only do so through experience (Hairault, Sopraseuth, & Langot, 2010). Hence, organizations may still benefit from the knowledge and wisdom of senior workers as long as they remain capable of working.